This info is from our 2022 event. Look for updates about next year's event in spring of 2023.
Personalize your learning experience.
While we won't have group classes at I ♥ Balboa 2022, you can book a private lesson with any of these visiting instructors.
Please contact the instructor of your choice directly to book your lesson, using the contact info supplied below.  (Each instructor sets their own rates & schedule, and you'll pay them directly for your private lesson.)
Please note that you will need an event pass to enter the venue. 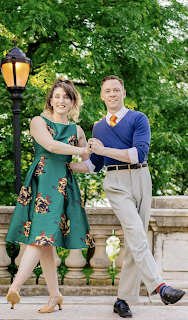 Known for bringing a little math and science into the ballroom (don’t worry, just a little), Jen Barnett began tap dancing in pre-school and continued dancing and later teaching through high school. After putting aside dance to focus on chemistry in college, Jen was happy to return to dance through the vintage swing dance of Balboa during graduate school. During that time, Jen began teaching and promoting, co-running beloved Philly events such as the Saturday Night Fish Fry, Philly Bal Night, and Bal Jam ’08. She now calls New York City home and enjoys teaching locally at You Should Be Dancing! and dancing at White Heat among other favorites.

Jen teaches and competes in Balboa on the international stage, having won the All Balboa Weekend J&J five times, more than any other follow. She has also won or placed in strictly competitions at the All Balboa Weekend, California Balboa Classic, Camp Hollywood, and the Eastern Balboa Championships (R.I.P.) and teaches around the world. In addition to competing and teaching, Jen also enjoys performing. (What can you say? She’s an only child.) She can be seen dancing real fast in NYC’s own AmazeBals as well as at private events. Jen’s favorites have been smack dab in the middle of the Museum of Natural History right under the giant blue whale and, of course, Lincoln Center!

As a teacher, Jen tries to balance her straight-forward manner and high expectations with lots of love, humor, and support for her students. She’s known for being able to teach truly multi-level classes where everyone is challenged to push their best a little farther. Never forgetting to address both follows and leads, Jen blends a clear, technical presentation with the creativity and improvisational spirit that make swing dancing so enjoyable.
Annabel Quisao   (she/her)
annabel.truesdell@gmail.com 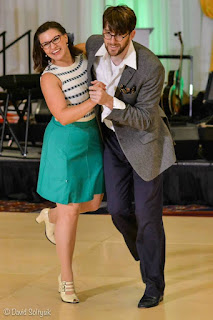 Annabel Quisao is known far and wide for her huge grins and prodigious laughter on the dance floor. Always a student of music and a lover of swinging jazz, she was addicted to the communication and spontaneity of Lindy Hop upon her first exposure to it in 2003 at Colgate University. She continued to delve into swing dancing while at Penn State where she was also introduced to Balboa, Blues dancing, and Collegiate Shag. Through the years, she has social danced, taught, and competed in equal measure. She enjoys the challenge and camaraderie of competition, taking home top prizes in such events as the International Lindy Hop Championships, All Balboa Weekend, and the California Balboa Classic. Her enthusiasm for teaching began even earlier, first as a music theory instructor, and then as a swing dance instructor and curriculum developer in her local scenes from Penn State to Memphis to Boston to Washington, DC. In her teaching, Annabel emphasizes technique and critical thinking to give students the tools to explore their own abilities, inspire their partners, and have a good time!
Michael Quisao     (he/him)
mquisao@gmail.com 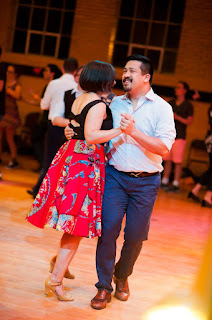 After growing up as a wallflower at school dances, Michael Quisao went to his first swing dance in 2006 and has been captivated by social dancing ever since. His love of swing music and social dancing has taken him across the country to dance, compete, and DJ swing music; he strives to share the joys of swing dance and swinging rhythm with everybody he meets.
Michael believes that the music is the heart of the dance and that attentive partnership and comfortable technique are the keys that unlock the door to exhilarating and creative dances. 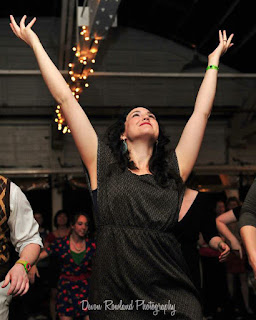 Beginning in 1998, Abigail Browning fell in love with the grace and athleticism of swing dancing, and has pursued the art and history of Lindy Hop, Balboa, and Charleston ever since. With an upbringing in classical piano, she dances to express the intricacies and joy of jazz as an art form. A poet with an MFA in Creative Writing, Abigail enjoys using metaphors as she teaches. She fosters creativity and musicality for follows and leads through technique, and emphasizes body control through isolation, repetition, and balance while having fun and understanding the historical background of the dance.
Adam Speen   (he/him)
adam.speen@gmail.com 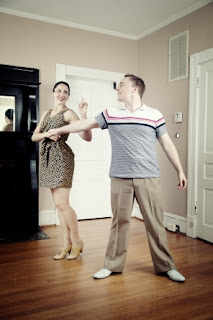 Adam strives to provide a unique perspective combining classic swing dance technique with a modern ideology. Partnership and playfulness are the focus for Adam on the dance floor, creating a “yes and” environment for his partners and himself. He brings the same positive environment to the classroom where conditioning drills, visual media, and demonstrations by students are commonplace.
Adam loves having the opportunity to travel and teach so many amazing students but you will find him his happiest on the social dance floor. When not dancing, Adam is pursuing a doctorate in Toxicology at UNC. 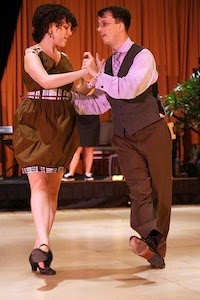 Chelsea has been dancing since college, when she decided it would be a bright idea to begin lessons in seven kinds of ballroom dancing at the same time. Since 2007, she has immersed herself in the world of swing, where she dances and teaches numerous swing dances including Balboa, Lindy Hop, Collegiate Shag, Charleston, and St. Louis Shag. She is known for her infectious smile and creativity on the dance floor, and in the classroom she brings a knack for breaking down the basics and providing opportunities for both leaders and followers to learn to their maximum potential. She has won awards at events including All Balboa Weekend, the International Lindy Hop Championships, the Eastern Balboa Championships, and Hot Rhythm Holiday and is proud to have earned the distinction of Distinguished Fellow at The Balboa Experiment for her work there as a guest mentor. She has taught at events nationally and internationally, including the Eastern Balboa Championships, Balboa Castle Camp, The Process, and Hot Rhythm Holiday.
Chelsea enjoys working with both experienced & new dancers alike. Having a hard time deciding what you'd like to work on?  She can structure an hour dedicated to topics like:
David Lee (he/him)
LamarDL921@gmail.com 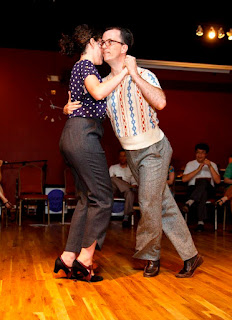 David has been passionate about swing dancing since he first started in 2006 and has yet to meet a dance he doesn’t love. He enjoys sharing his enthusiasm for Lindy Hop, Balboa, Collegiate Shag, St. Louis Shag, Charleston, and numerous other swing dances with every person he meets. He is known for his musicality and creativity on the dance floor, and in the classroom he excels at breaking down mechanics in a way that is accessible to dancers of all levels and learning styles. His dance accomplishments include placements at All Balboa Weekend, the International Lindy Hop Championships, Lindy Focus, and Hot Rhythm Holiday, and he has also earned the distinction of Distinguished Fellow at The Balboa Experiment for his work there as a guest mentor. He has taught at events nationally and internationally, including Atlanta Varsity Showdown, Balboa Castle Camp, The Process, the Eastern Balboa Championships, and Hot Rhythm Holiday.

David enjoys working with both experienced & new dancers alike. Having a hard time deciding what you'd like to work on? He can structure an hour dedicated to topics like:
Dee Mathews  (they/them)
dmathbal@gmail.com 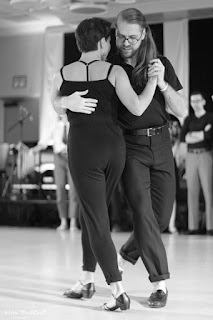 Dee Mathews is a balboa and lindy hop instructor based in Greensboro, NC. They learned balboa in 2010 both as a lead and a follow working with Randy Maestretti and Kara Britt, who taught them a love of pure balboa and the original dancers.

Since then they have danced, taught, and competed all over the world. They have won balboa contests at California Balboa Classic, All Balboa Weekend, and the International Lindy Hop Championships, as well as been a mentor at The Balboa Experiment.

D is invested in balboa as a dance of connection, playfulness, and dynamism. They are excited to explore the fundamental mechanics of the dance and help students find new ways to be musical, listen to their partner, and find new ways to enjoy balboa.

Member of the National FastDance Association 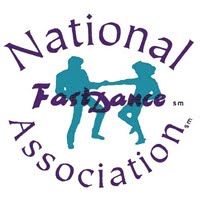 Music for this multi-day event is licensed through ASCAP, BMI, and SESAC by our membership in the National Fast Dance Association.